Coveted and Hard to Find

• Belongs to the private "Mencius-Collection"

• Originated in the period 16th-17th century;

The creation of this object took more than 5 years of work.

Objects of this size are manufactured on imperial order.

Take a look at the creative process of such a jade object!

Why did the creative process of such a jade object take so long in this era? 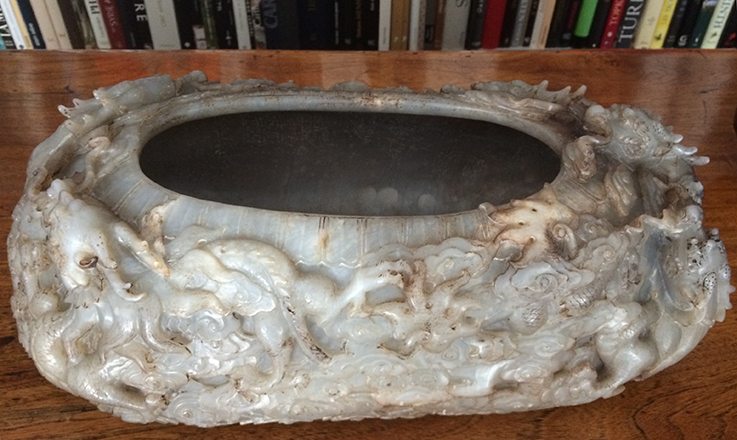 About the Object and its present value

The Brush-Washer painting tool of the "Mencius Collection"

For ink drawings and calligraphy, vessels are used that are filled with water to remove excess ink from a paintbrush while painting or to wash the brush after the work was finished.

In early China, the art of calligraphy and brushwork was highly valued. But it was also an everyday necessity, a work that was constantly practiced by trained calligraphers and painters.

For aesthetic reasons, great attention was accordingly paid to the appearance of such a vessel. Each of these Brush Washers was manufactured with the same care as the drawings and calligraphies themselves, to whose creation it served.

Today the products from that time are much sought after and some are valued at millions. (See Sotheby's New York, auction in September 2019, where a similar property changed hands for US $ 1,340,000.)

The largest and most valuable objects were made on imperial order. Not only are they more elaborate and aesthetically designed, they have also been made of the most valuable material, such as Jade or nephrite.

To create the brush washer object presented here, a large nephrite-block has been manually shaped (by abrasion using quartz sand) during more than 5 years (estimated). Jade and nephrite were considered as a symbol of eternal durability. Finally, such a brush washer has been used over many generations. 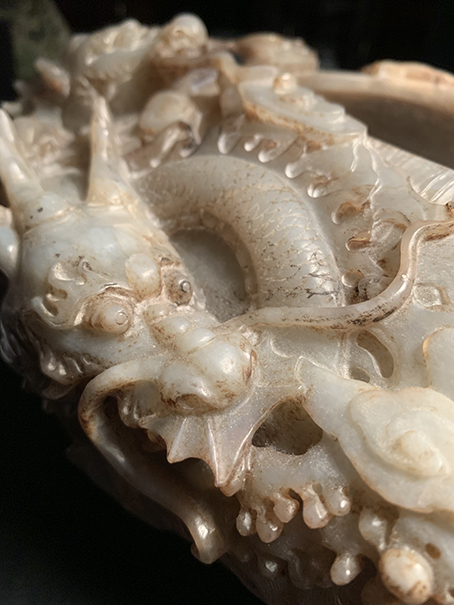